Cables Off Drums In Vancouver 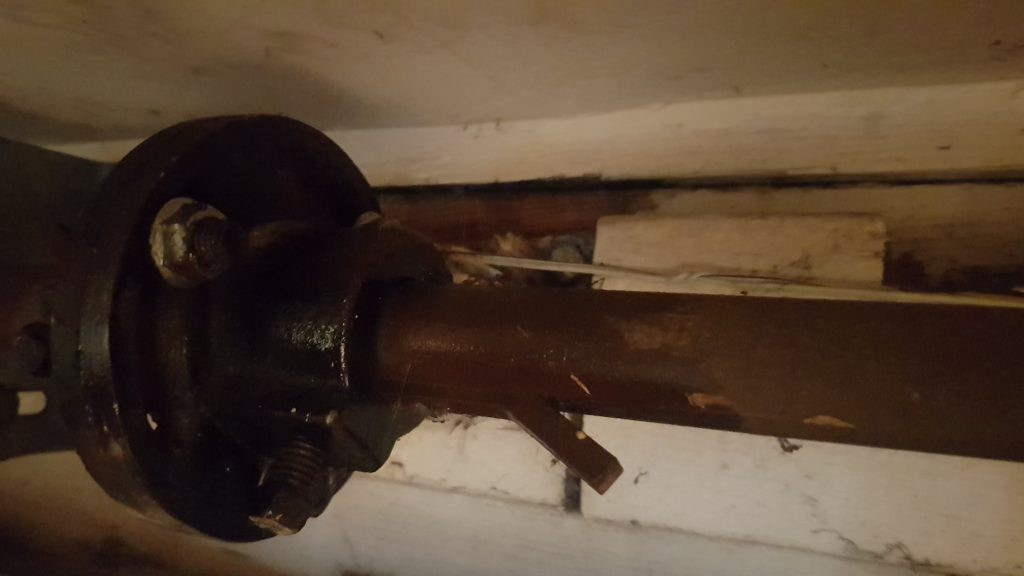 Torsion bar coupler that has been used to keep the bar together. This coupler was a start of the cause of the issues. It seems that it was not setup 100% perfectly and it caused the right side of the drum to not maintain the same cable length. So when the right side was not pulling up on the door at the same rate as the left the cables came off. This issue with a commercial high speed motor lifting and lowering the door can caused a issue that made the cables come off the drums. 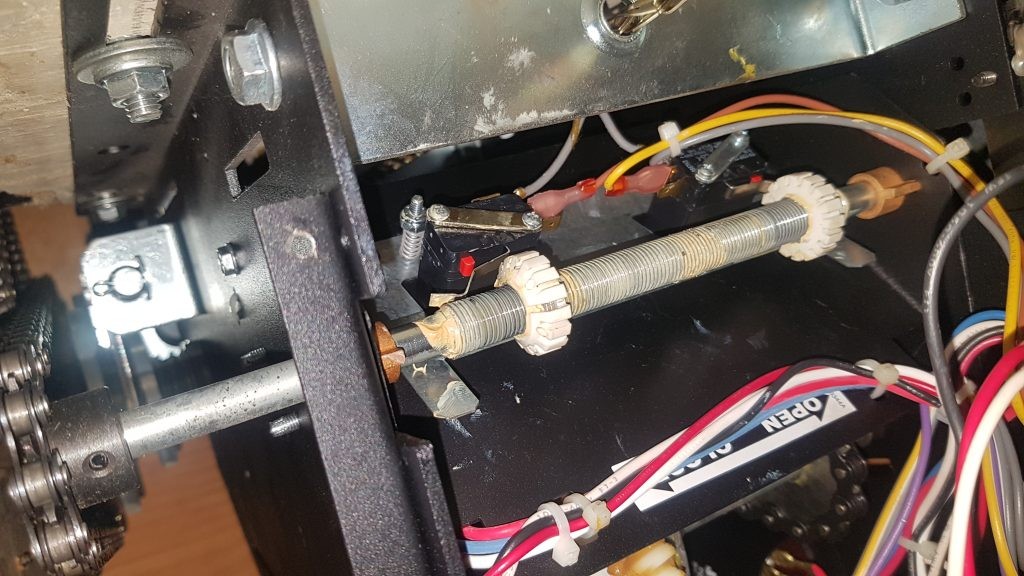 Limit control assembly on the commercial LiftMaster operator. You can see the two plastic limit knobs that can be turned to adjust the limits. This assembly was extremely hard to access due to the fact that the motor was installed in a box enclosure against a wall with no access. 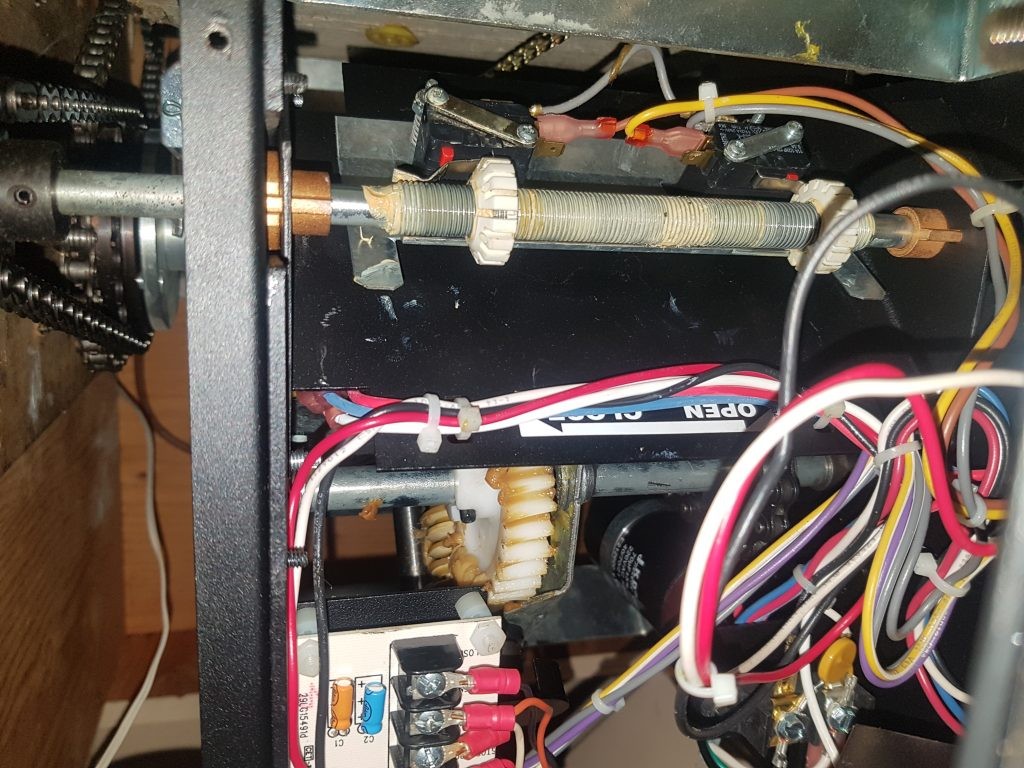 Another nice view of the limiti assembly system in the commercial grade operator. You can see the limit switch actuators and the control lines that carry the signal to the logic board. If you peer closely at the picture you can also see on either side of the knobs these flat silver lift bars that need to be lifted before the knobs / adjusters can be turned. 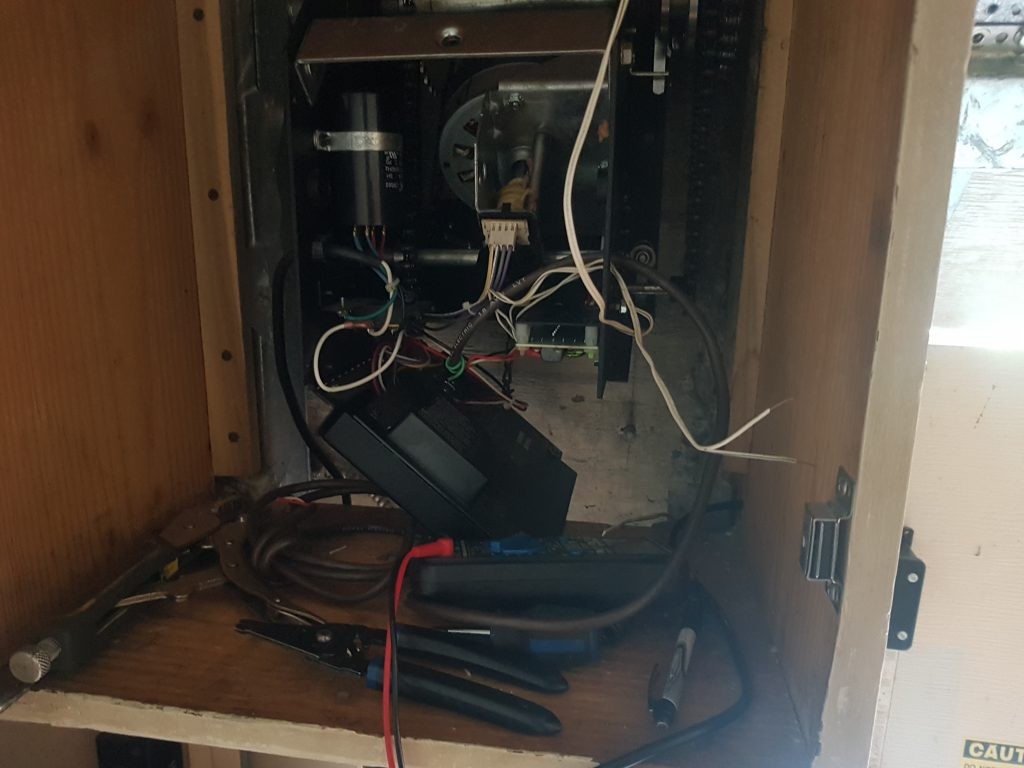 At first assembly of the operator that needs some adjustments. This operator has been installed in a cabinet. Which makes the issue very hard to fix due to the lack of access where it is hard to get your hard into the tight space to change any settings. 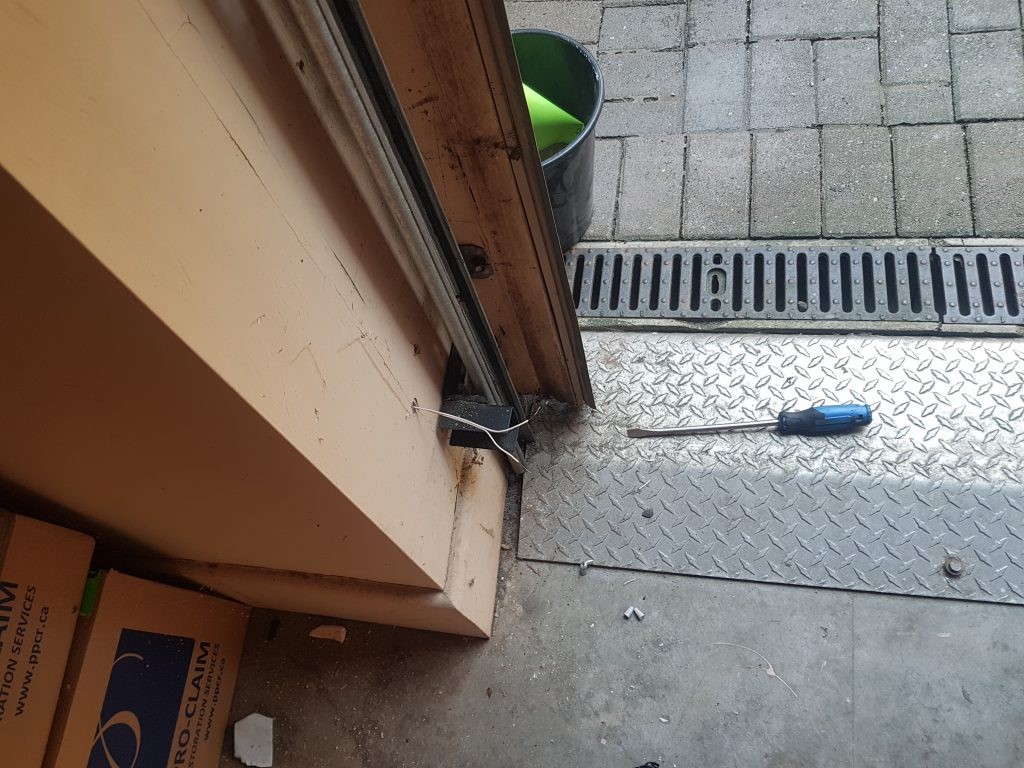 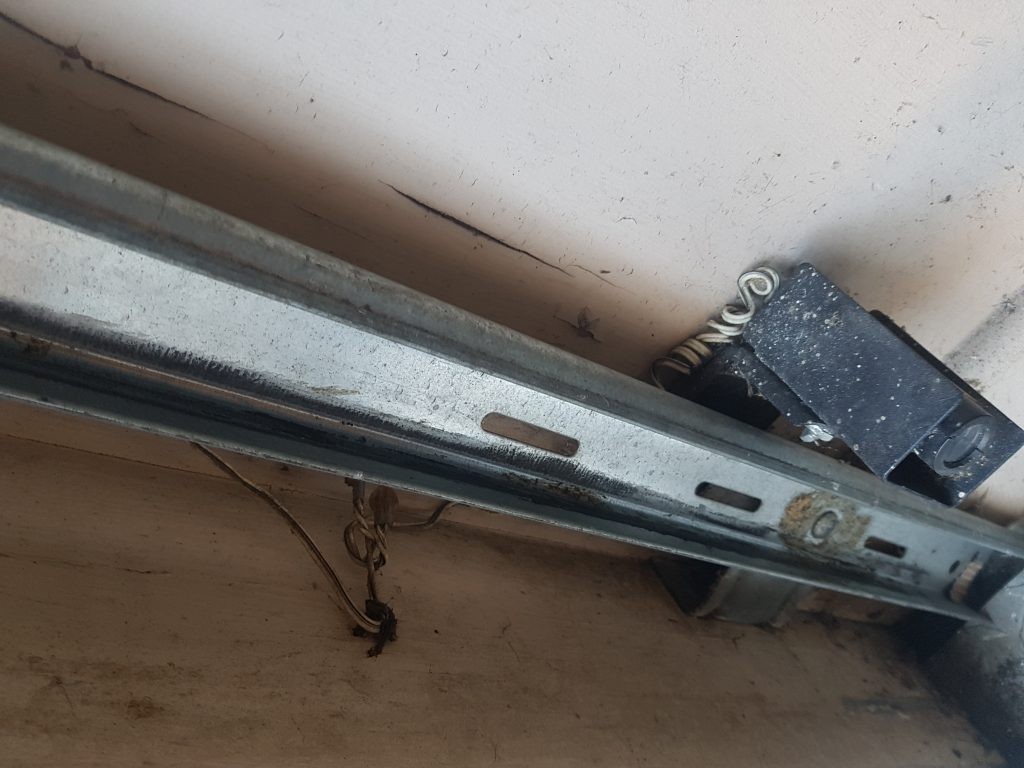 Safety sensor that has awful wire connections. You can see that the wire has been stapled against the wall very sloppily with compression fittings holding the wire together. 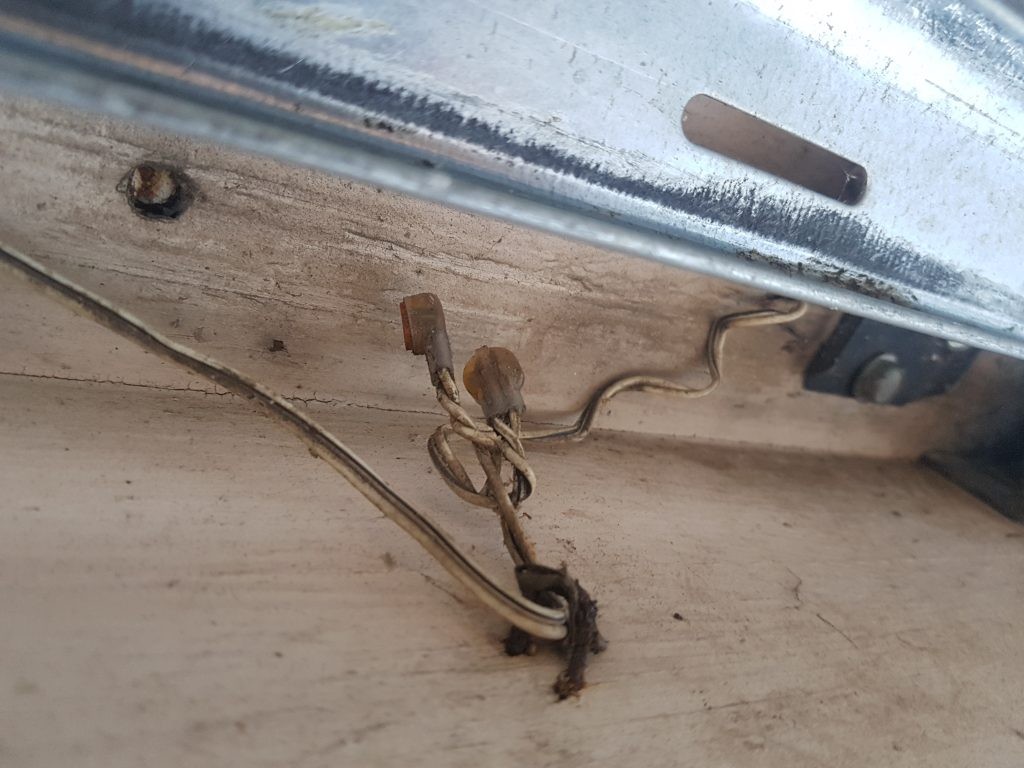 Compression wire fittings that are all twisted up and in a position along the wall that is prone to garage door rubbing. This wire is a apart of the safety system and should be not compromised at any cost. 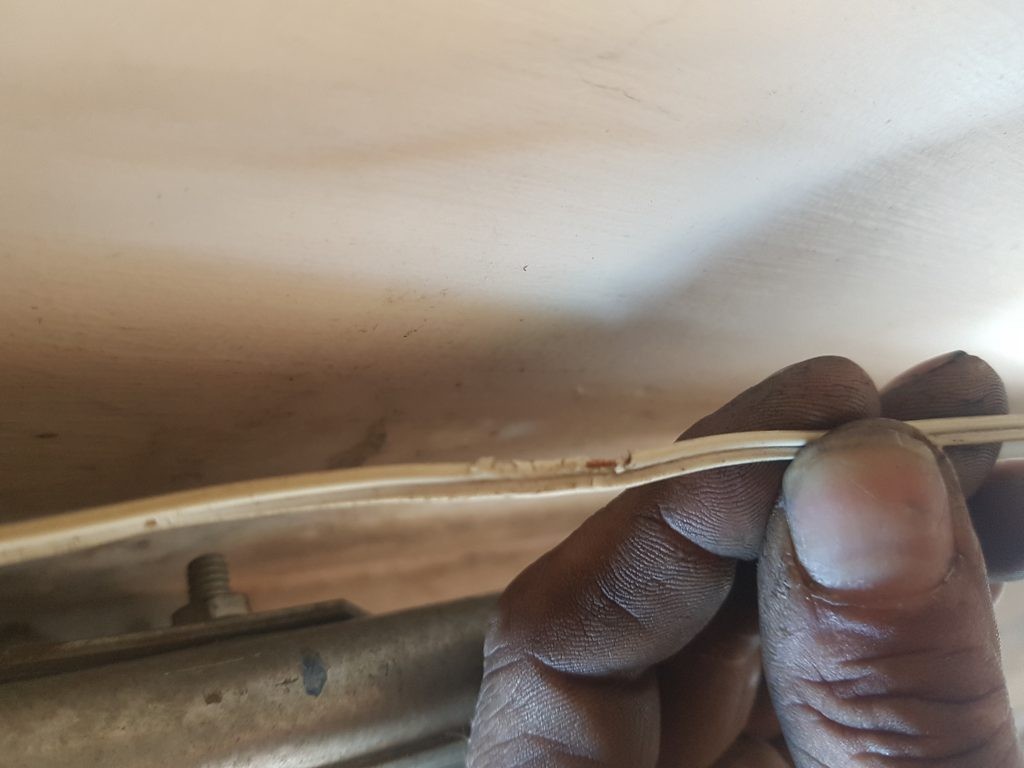 Bad wire located with a snagged casing that was causing limit power to the safety sensors. This issue caused the door to no close when requested. 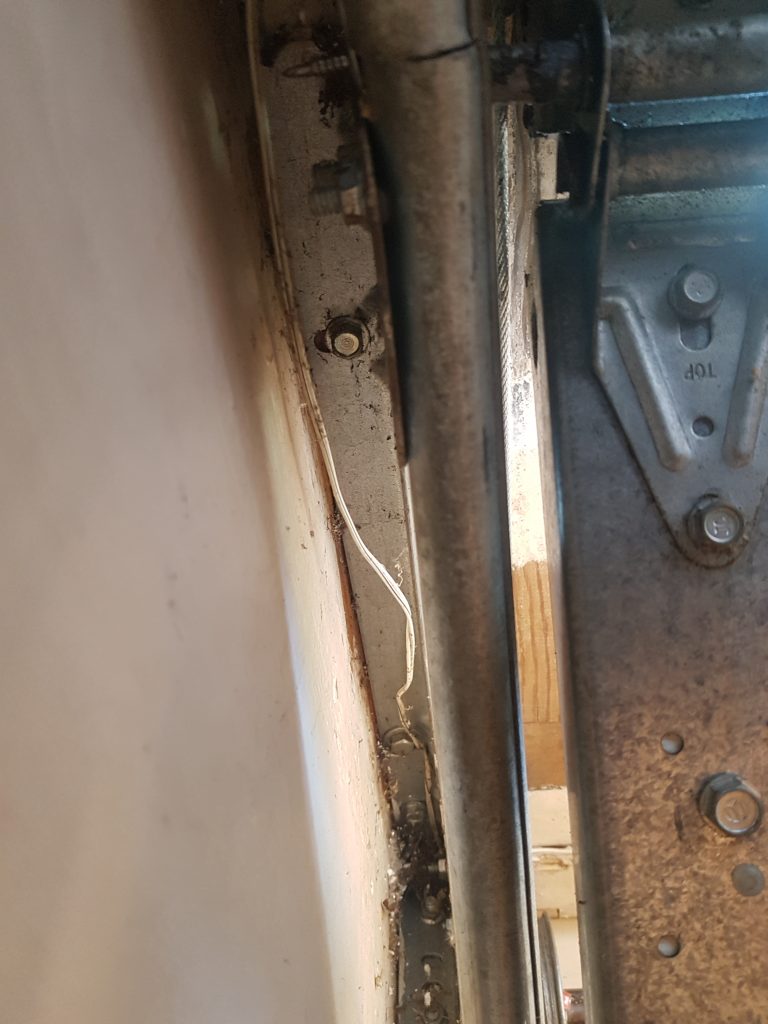 Safety Wires that have not been tucked along the track the way they should be. This garage door install is certainty a unique one. There is extreme low overhead and no left or right space on either side of the tracks. This creates a situation where any adjustments are very minor and limited. With installs that are tight like this one any imperfection will magnify. 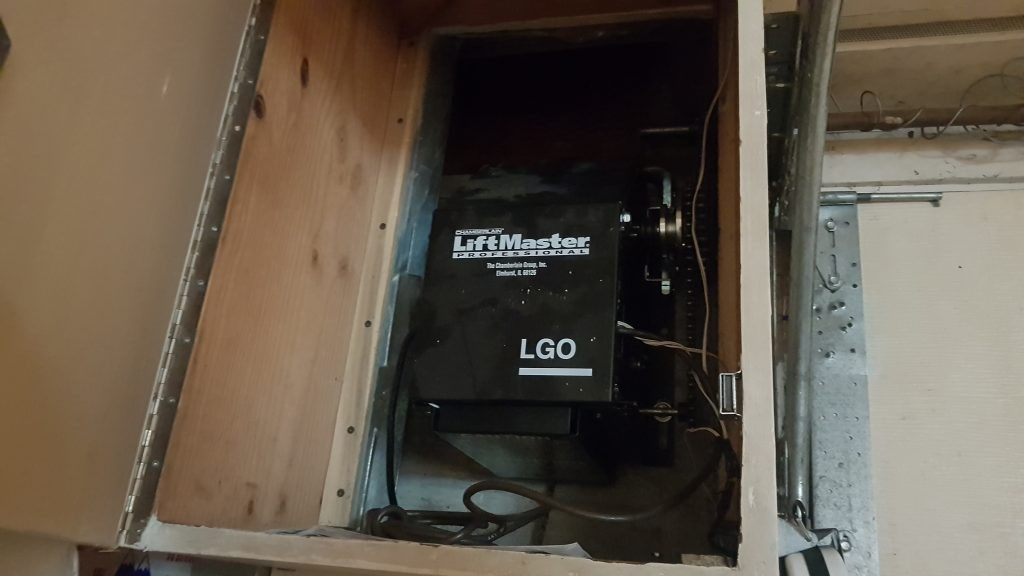 Commercial Operator after first inspection. You can see that the enclosure is a tight space and has been installed so that the operator has less sound outputted during the operation. 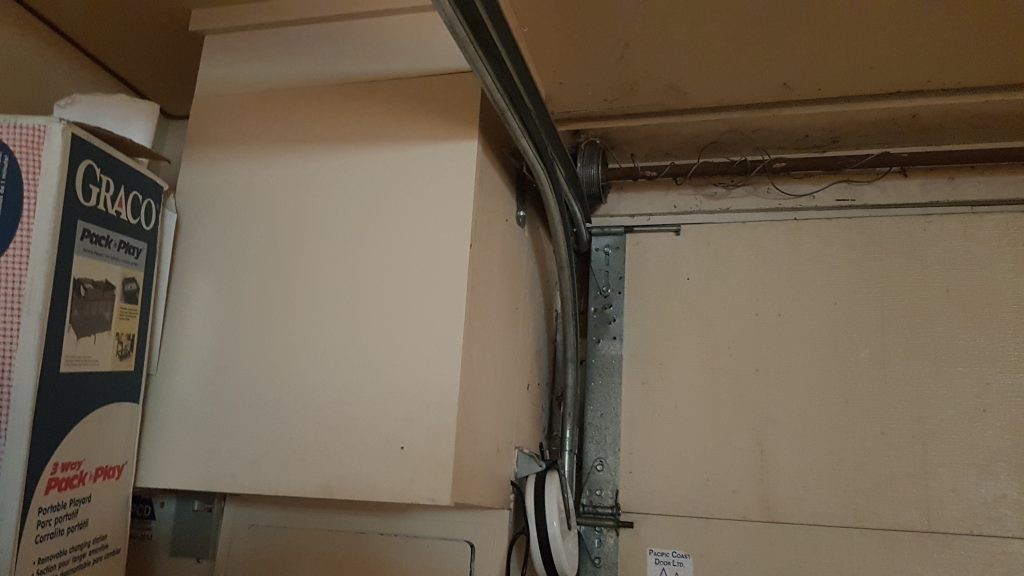 Torsion bar that has cables that are wrapped around after the cables came off the bottom fixtures of the door. This cable issue is quite serious and will need to be fixed before any attempt to open the door will be successful. 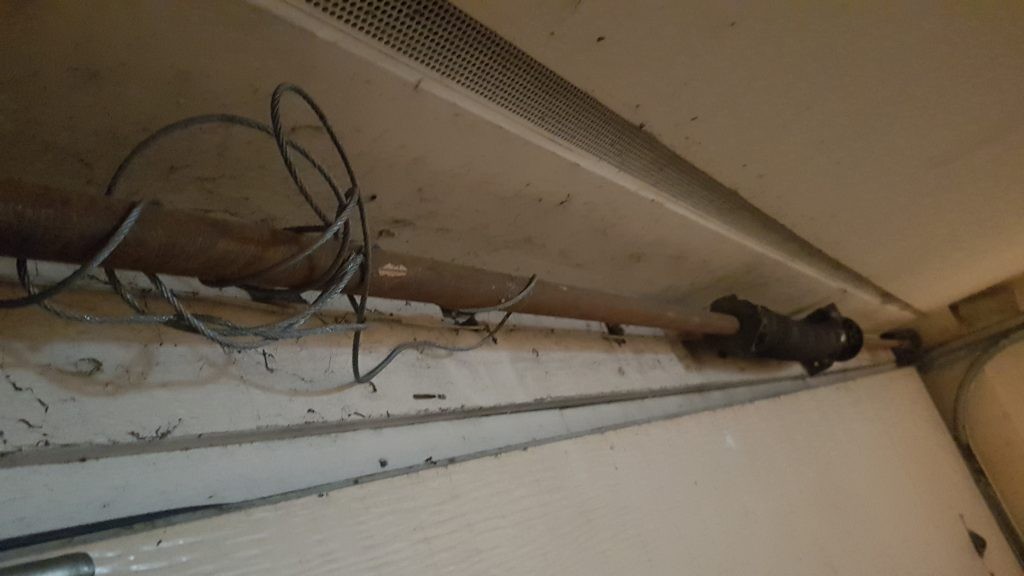 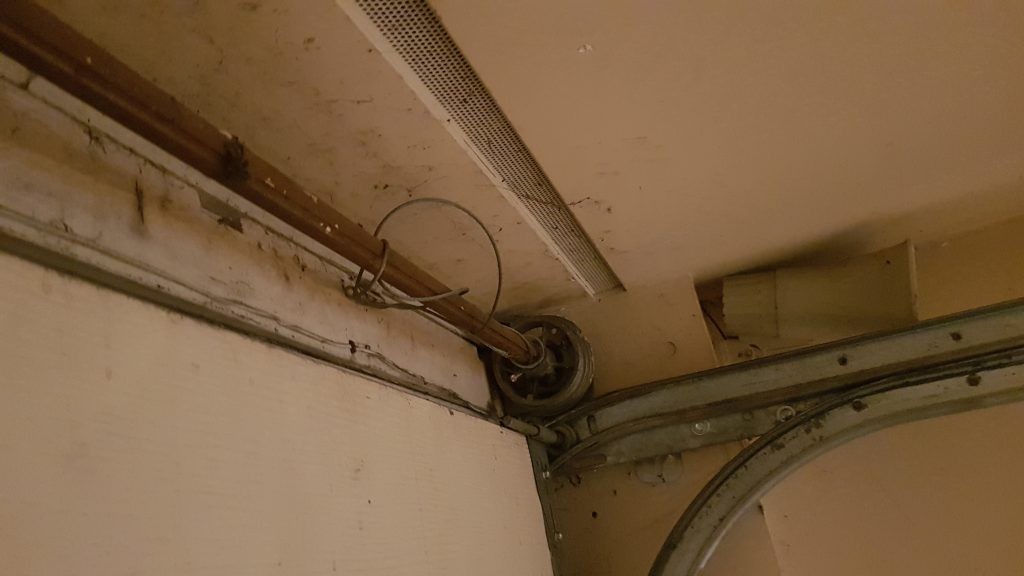 Garage door cable that has unwrapped from the drum and is not properly attached to the drum that is needed. 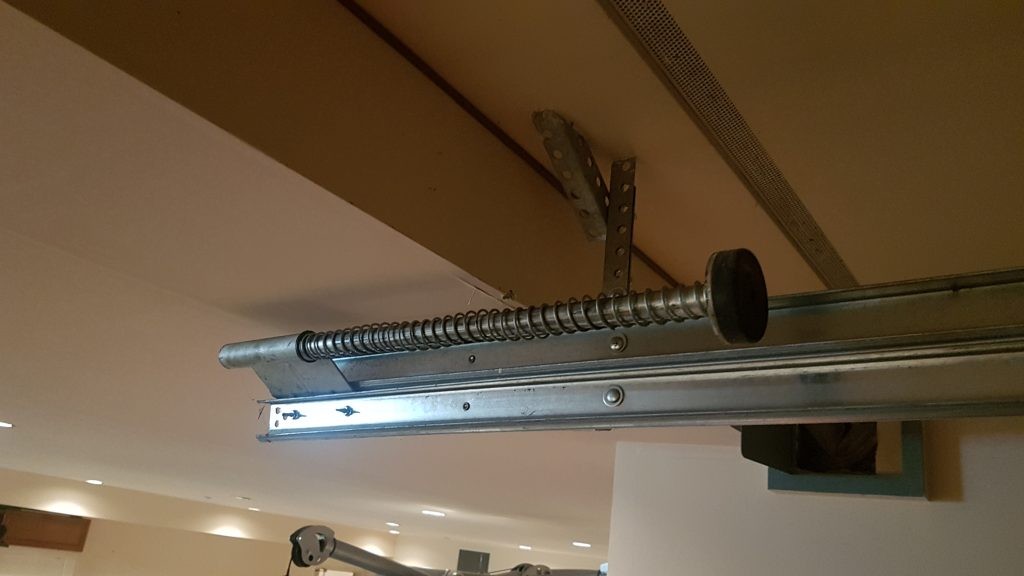 Push bar that assures the door will not smash in to the wall.