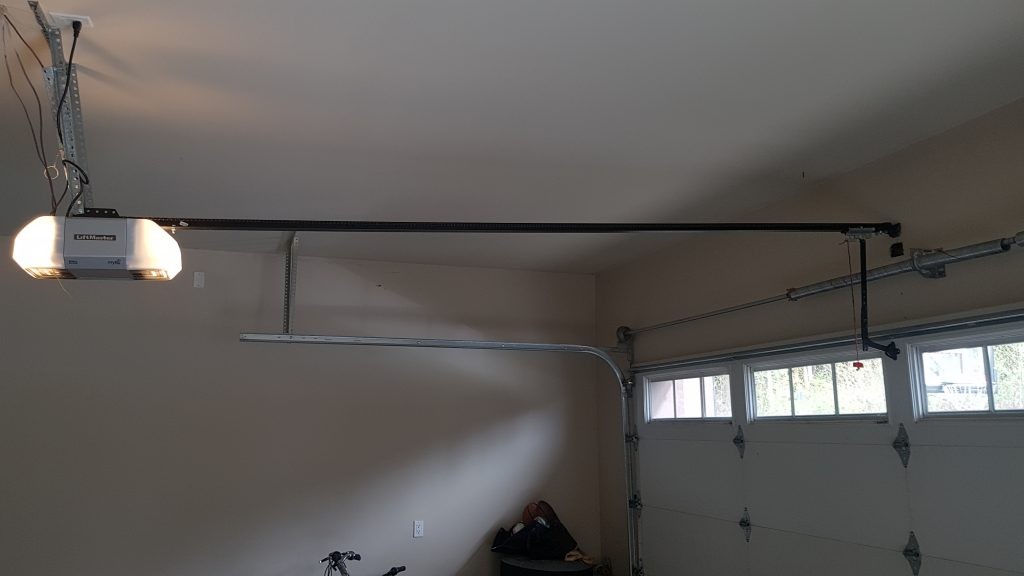 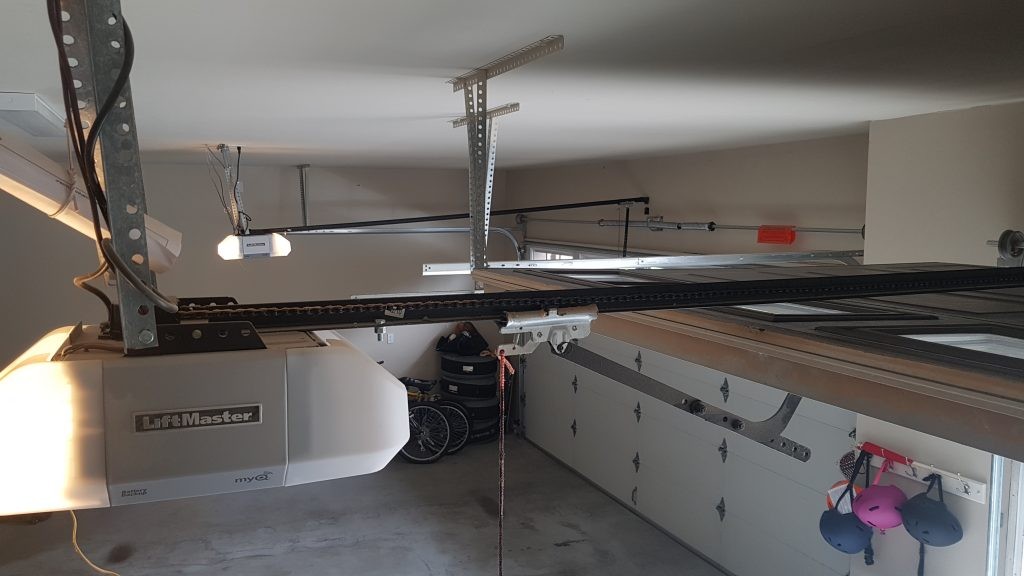 You can see in the picture that the trolley has been adjusted and the end wall bracket has been moved higher. This was due to the initial framing of the door wall that was requiring more backing. 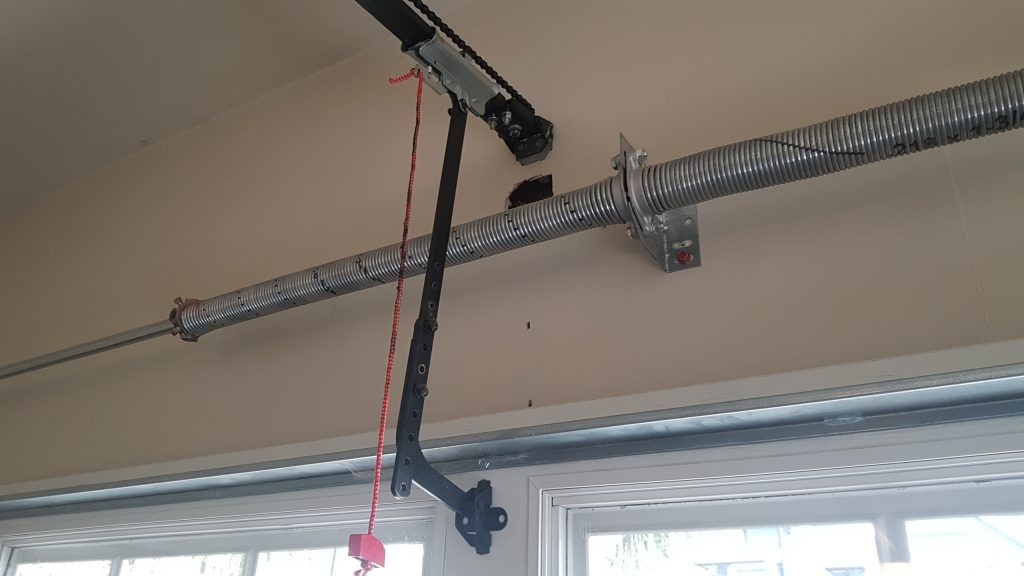 Pickup arm that has been improperly adjusted. This will be corrected. 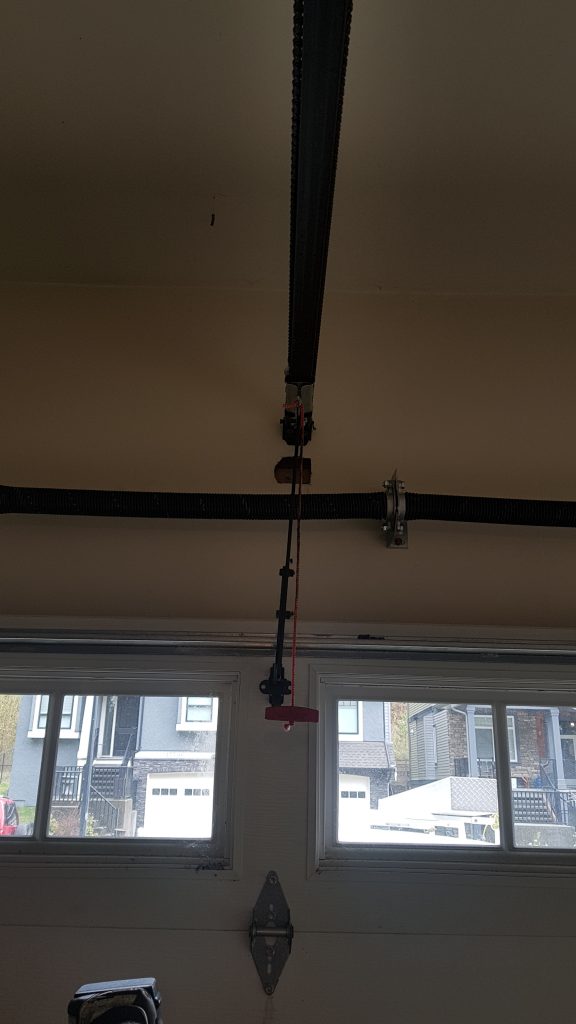 Pickup Arm Adjustment that is needed to be altered so the lifting and lowering has no resistance. 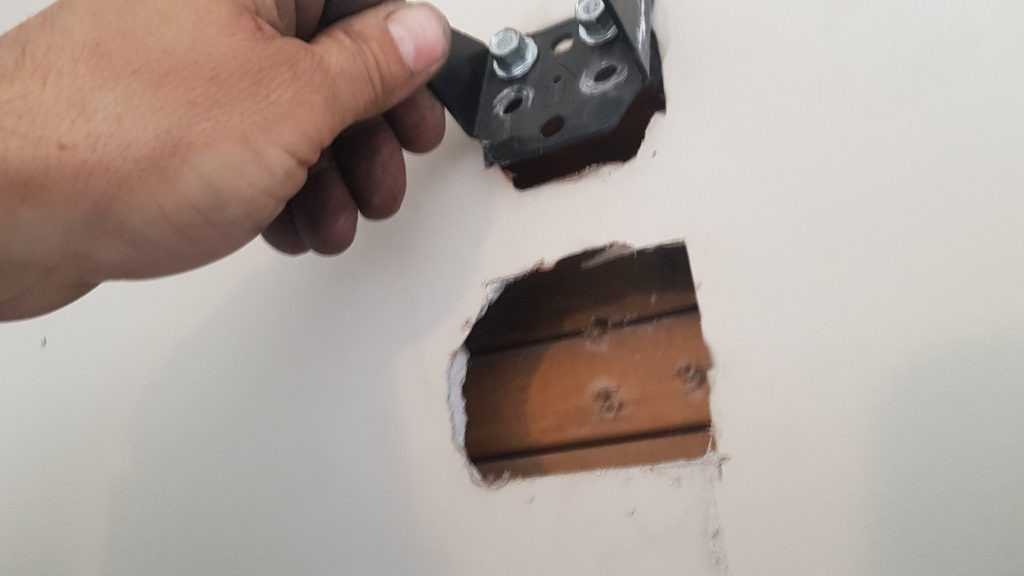 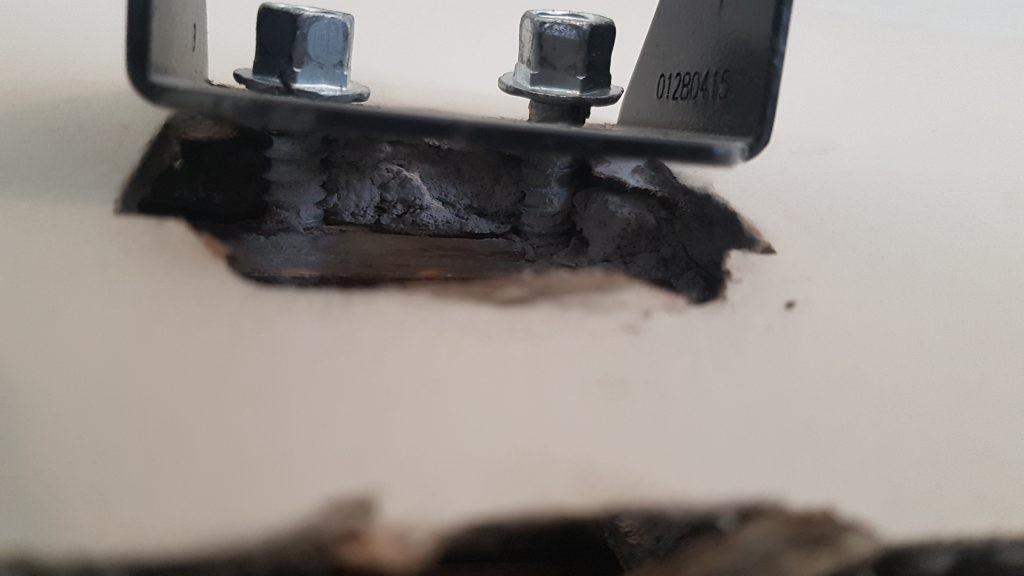 You can see the wall bracket has been mounted with drywall that has broken away. This drywall issue will cause a wobble in the rail that will create unneeded sounds during the opening / closing. 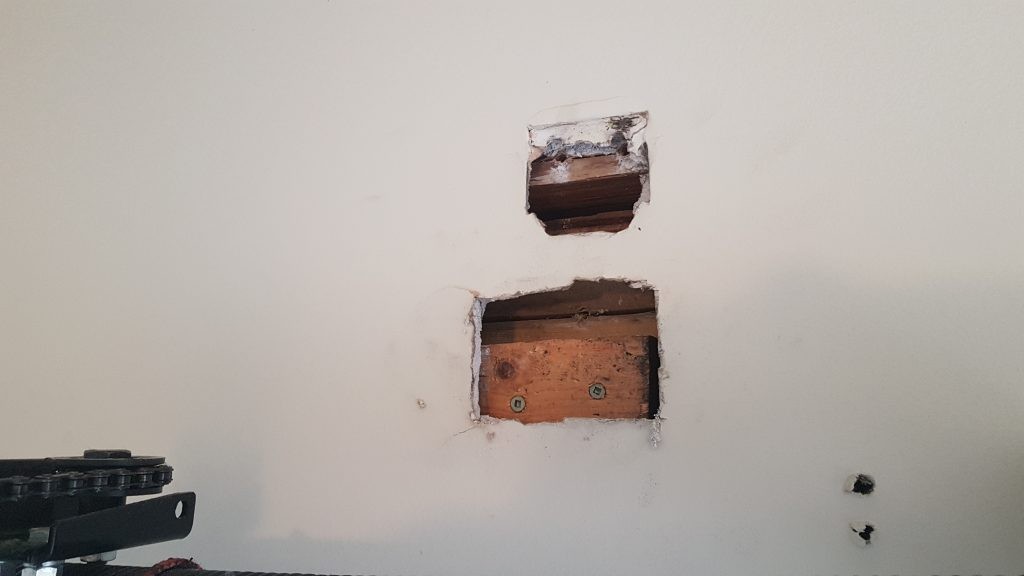 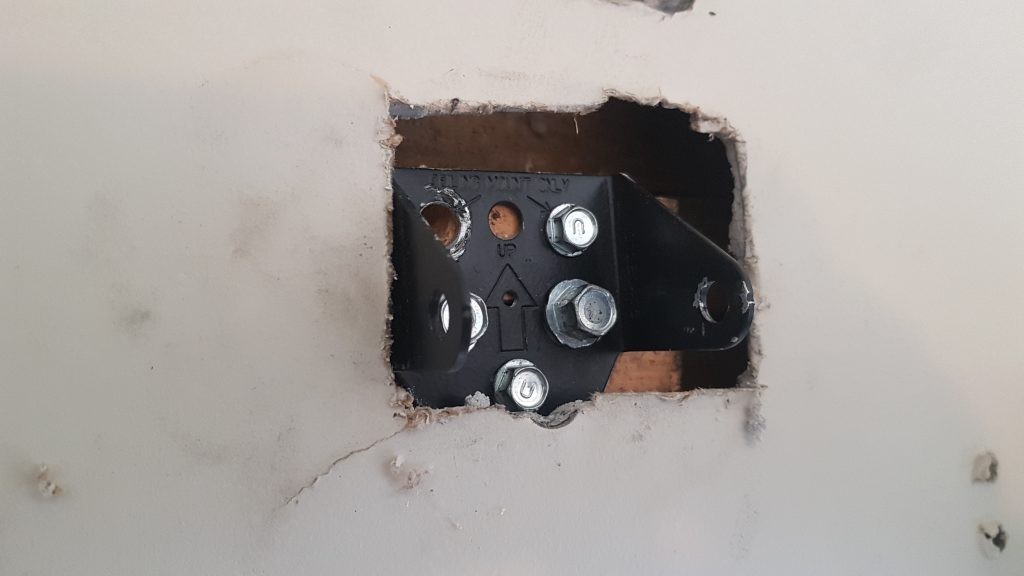 After bracket has been added to the original hole with extra wood backing support. This extra backing will assure that the bracket will not wiggle or bind during movement. 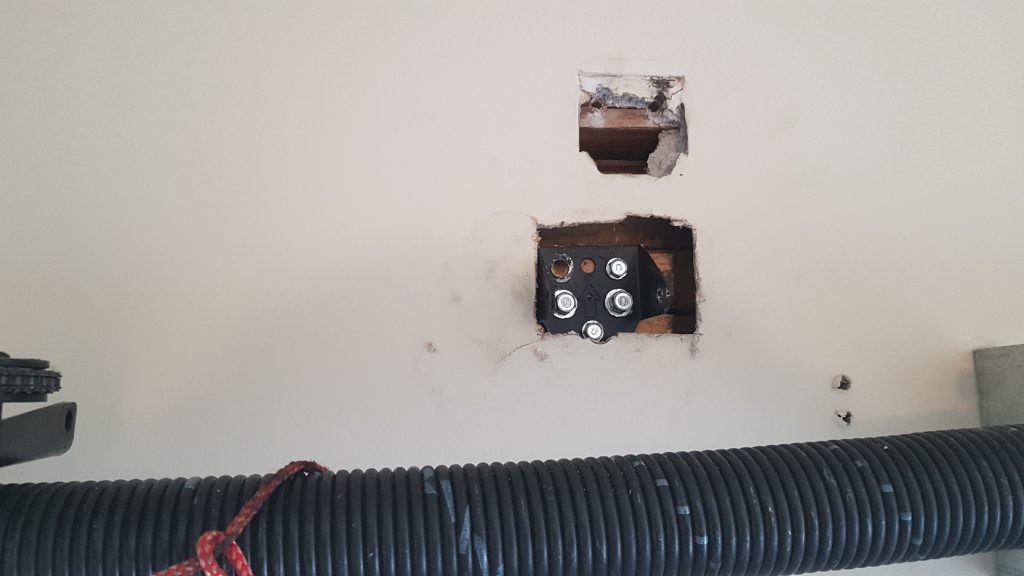 Extra fasteners applied to the trolley bracket. This will hold for the lifetime of the garage door. 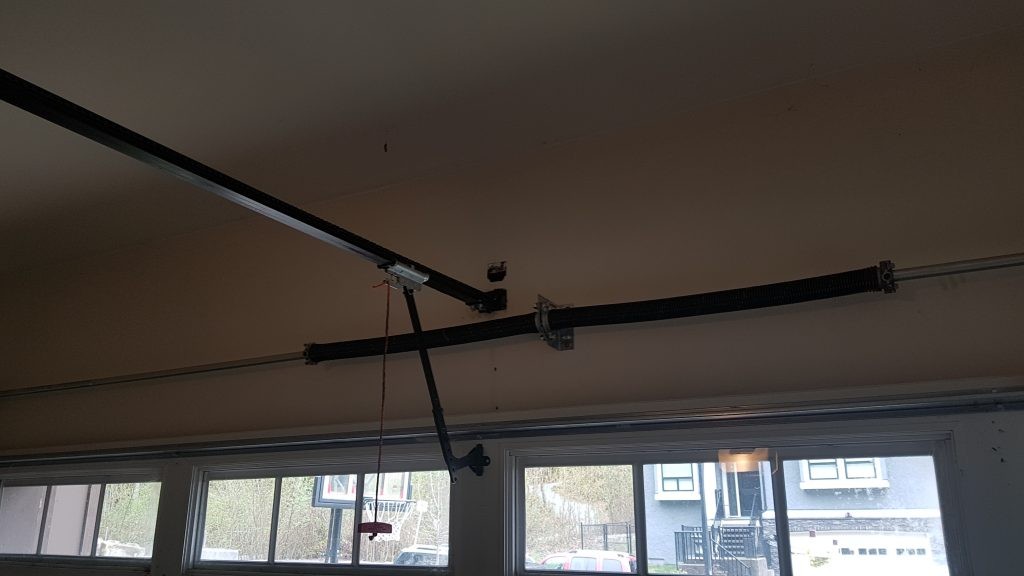 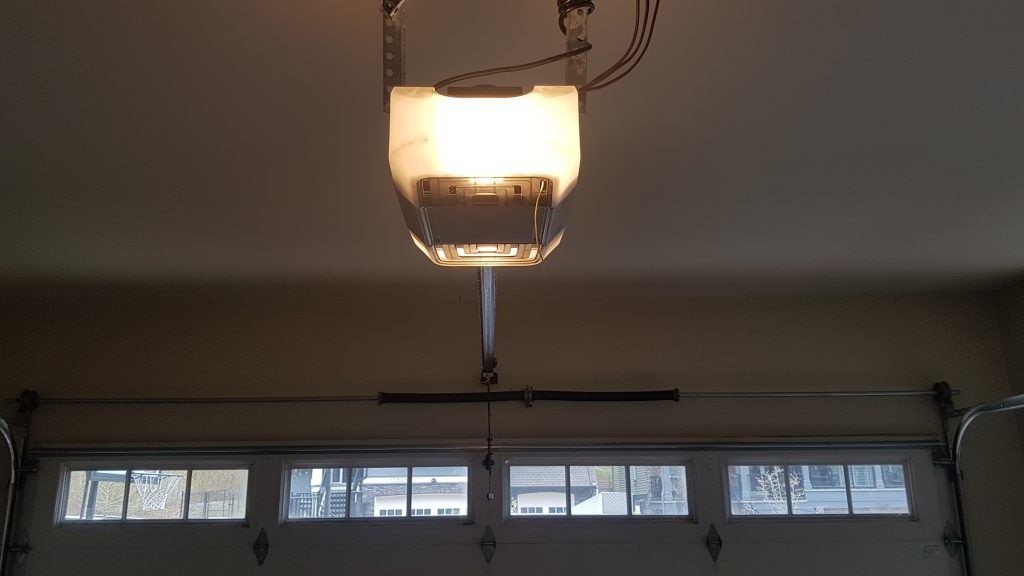 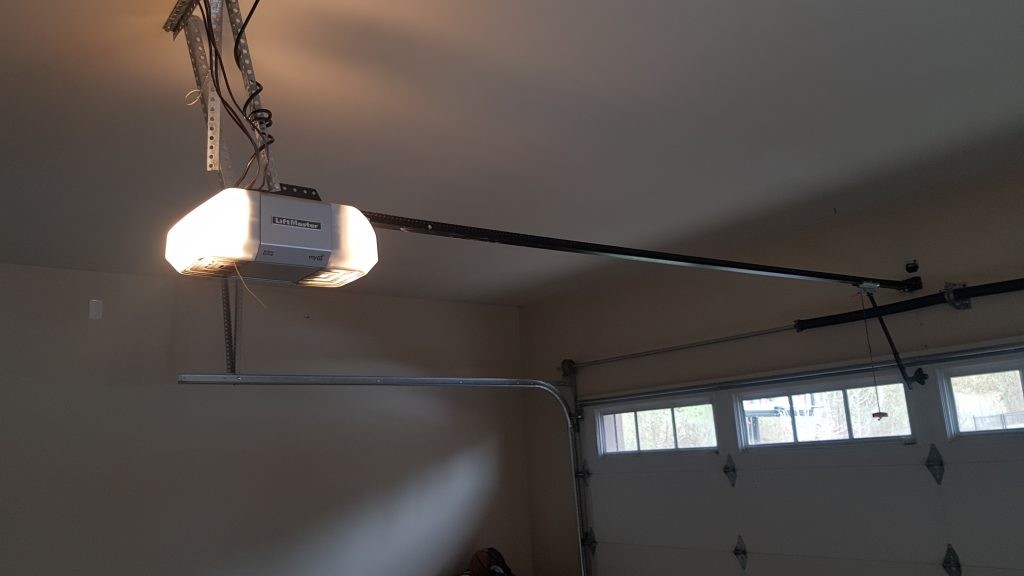 After Alignment of trolley has been adjusted. This was accomplished by the trolley bracket being mounted lower in the proper position.